Today the first snowflakes came to Sofia this year. I guess everybody knows that it comes in a variety of sizes and shapes. But did you know that individual snowflakes are nearly unique in structure? 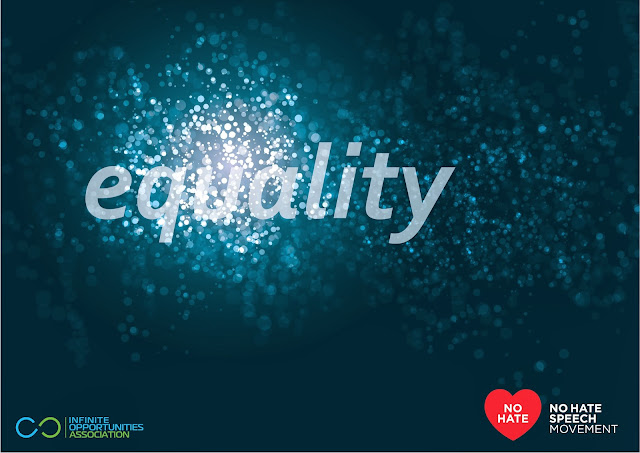 Posted by Anti-discrimination Bagpack at Tuesday, November 26, 2013 No comments:

We are wishing that everybody would be inspired to share their best...love messages, bright thoughts, encouraging ideas, positive energy! 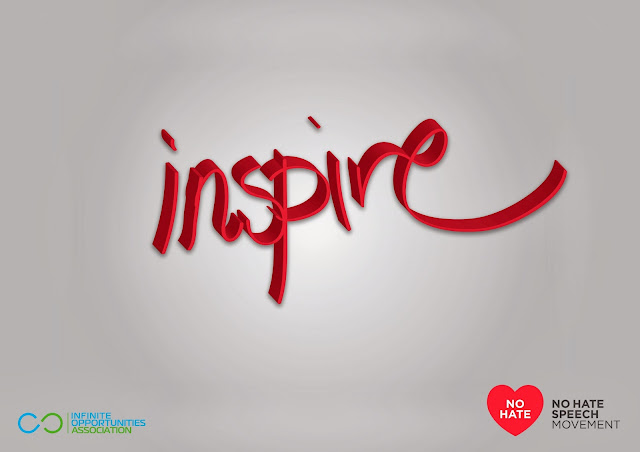 Our colleague George Psarros was inspired by his EVS service in Sofia, landmarks of the Bulgarian capital, Bulgarian culture, traditions, and beautiful people around him. Therefore today in only few hours he will open his photo exhibition which will guide you through the extraordinary life of EVS volunteers in Bulgaria.

It is called "Another Point of View" and will be exhibited in Sofia City Library till 30th November, 2013. 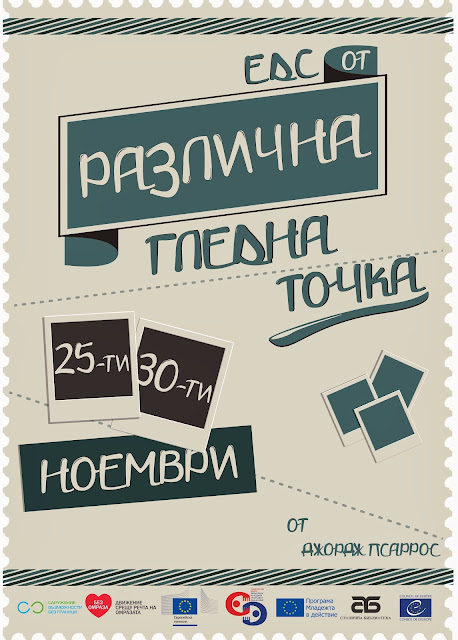 Posted by Anti-discrimination Bagpack at Monday, November 25, 2013 No comments:

Positive energy from us

Peace of mind, clear thoughts, sunny days... We are sending you positive energy that we can feel in our office in Sofia. 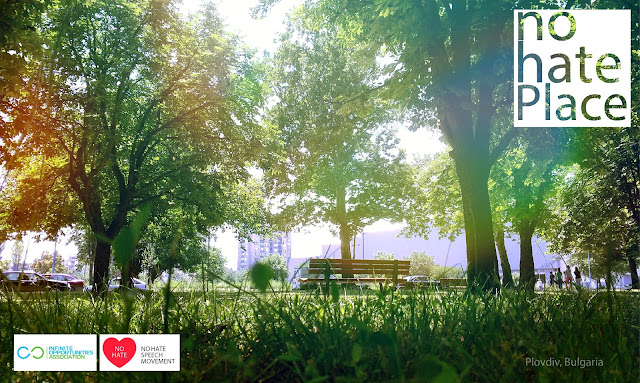 Posted by Anti-discrimination Bagpack at Wednesday, November 20, 2013 No comments:

Internet - the place you live you digital life.

We prefer Internet without hate. 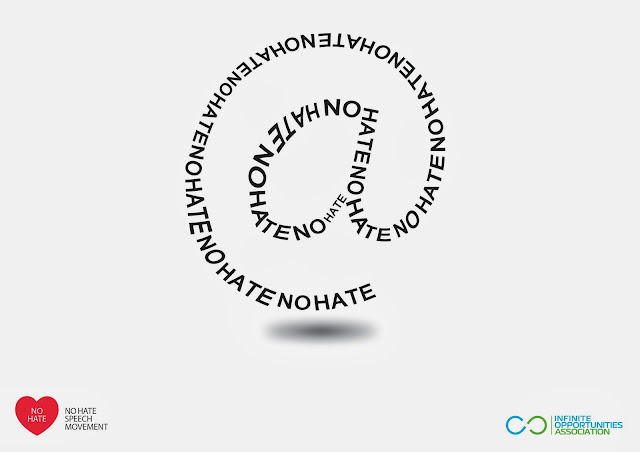 Posted by Anti-discrimination Bagpack at Monday, November 18, 2013 No comments:

No matter what language you are using to express your feelings it has the same meaning in any other language in the world. In this case we are not so different, a? Feel. 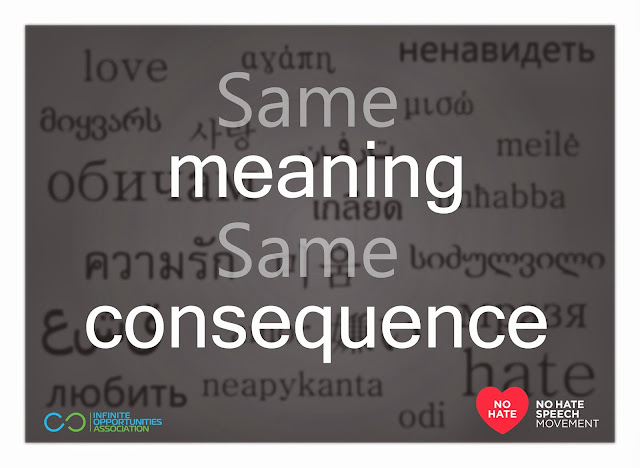 Posted by Anti-discrimination Bagpack at Friday, November 15, 2013 No comments:

Simple as it is!

Simple as it is! Social media is a huge part of our life's so why not to make it a nice space to be? 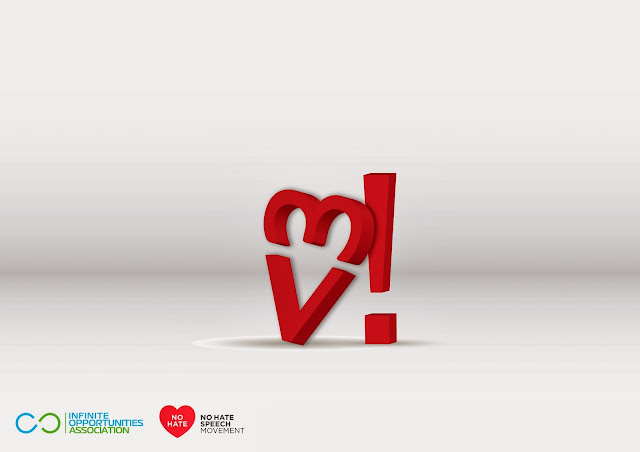 Posted by Anti-discrimination Bagpack at Thursday, November 14, 2013 No comments:

Move out to my house 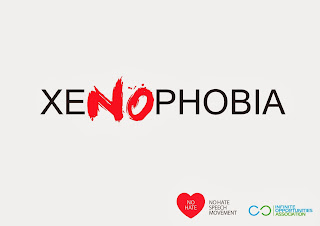 Every reality has different faces and in crisis situations all of them become more intense. Thus, last brutal racist attacks against refugees in Sofia, which ended up with the stabbing of youngsters from different nationalities, are faced with the same intensity by people who are offering everything they have in order to help those who need it. In most of the cases this solidarity actions are anonymous, not being possible to find them in any newspaper or television.

Last week, some days before the nationalist march against immigrants took place, I had the chance to experience one of this philanthropy stories in person. I was having a drink with an amazing person, refugee, who was explaining me the terrible conditions they were suffering in the overcrowded refugee camp where he was living. We were keeping this conversation while having a cigarette in the door of a bar. Suddenly, another smoker who heard us by accident, jumped into the story out of the blue offering to my friend his house for free the time he needed it. My friend moved out last Thursday and his hosting celebrated a welcome dinner full of vegetarian food and positive energy. Amazing time and people.

Other similar case, this time documented by the media, is the one staring by the four-time world boxing champion Evander Holyfield and the billionaire Canadian citizen of Jewish origin Yank Barry. They have rented a hotel in Bankia,  where Syrian families from the refugee camp will be accommodated. Today, a 17 member Syrian refugee family has been received in this hotel. The goal is to integrate the refugees into Bulgaria. In one of his interviews, he mentions that his willingness to help the Bulgarian state is provoked by the human endeavors of the Bulgarian citizens during the World War 2 when the community tried to save all Jews from being expulsed to the concentration camps in Germany and Poland.

Even though in Sofia, racism and xenophobia are becoming more visible day by day, we should not forget the other side of the reality. The one in which concentrations in solidarity with the refugees are held, and where food and winter clothes are gathered in order to be delivered in the refugee camps. This face of Sofia stuffed with famous or anonymous people willing to help. Persons who are opening their lives and houses to those who have been forced to run away from theirs.
Posted by Anti-discrimination Bagpack at Tuesday, November 12, 2013 No comments:

One more design to our campaign.

As one wise man said: "If you have nothing nice to say, don't say anything at all". It is worth to rethink do you really want to hurt other persons feelings before saying anything. If you don't even agree to this saying always think what would you feel if somebody would tell you this. You can always find a different ways how to express the same thoughts and feelings, in this case you can accomplish much more and feel more peaceful to yourself. 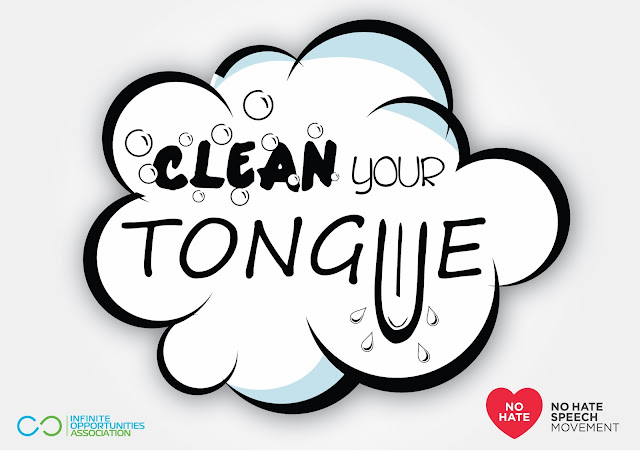 Posted by Anti-discrimination Bagpack at Tuesday, November 12, 2013 No comments:

All these words defines different people characteristics, but despite it at the end we all are humans. 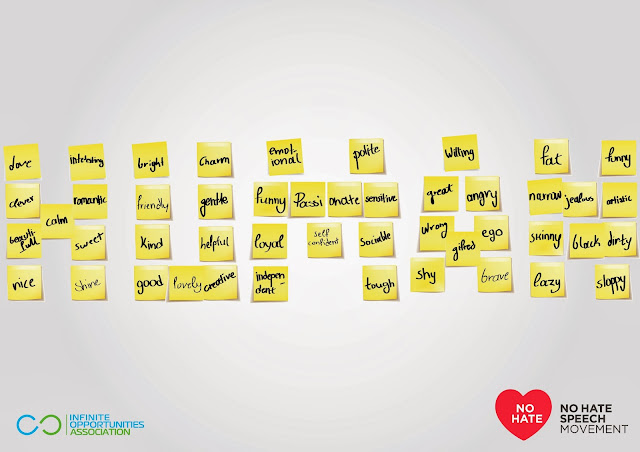 Posted by Anti-discrimination Bagpack at Thursday, November 07, 2013 No comments:


Racism and xenophobia are becoming more visible in Sofia streets. The 3rd of November three nationalist parties, Ataka, VMRO-BND and National Resistance, organized a march in the center of the city against foreigners and “immigrant terror”. The request was the expulsion of refugees from Bulgaria, shouting slogans like “we have to sweep the streets”, “Bulgaria for Bulgarians” or “we have to impose order”. The leader of VMRO, Pearl Milanov, is currently being investigated for inciting racial hatred. The excuse used to promote this racist demonstration was an attack of one 20 years old woman the 2nd of November. According to the local newspaper Dnevnik, the girl was injured with a knife by a 20 years old guy from Algeria who entered in the shop she was working in and stole 300 levas. Refugees living in the Voenna Rampa center have denounced the aggression, expressing solidarity with the victim and her family. Meanwhile, in the surroundings of this same camp, a 17 years old Syrian refugee has been attacked with a knife in the evening of the 5th of November. As it has been published by Novinite, the man was attacked on his way back to the shelter by two people who spoke Bulgarian.

This hate against immigrants and refugees is nowadays a huge issue in different European countries. Far right parties are gaining ground in most of the states, and immigrants are being massively and unfairly used as the scapegoat of the economic crisis.
Posted by Anti-discrimination Bagpack at Tuesday, November 05, 2013 No comments: