See no HATE, hear no HATE, speak no HATE. POST NO HATE.

Have you ever came across the three wise monkeys? Sure you have, but have you ever paid attention to the real meaning of this old Japanese pictorial maxim?
It is hard to decide on one meaning. It depends not only on which part of the world you come from, but also on one’s personal attitude.


Keep your mind free of EVIL thought, do not let hatred impair you. That is supposed to be the ancient Japanese meaning of the proverb. This does not only refer to the refusal of seeing, hearing or speaking EVIL, but one have to stop spreading EVIL. Is it enough to stop spreading hatred and prejudices only in the “real” world? The offline world? No. Continue online.

The western world uses the three wise monkeys for people who deal with evil or impropriety with turning a blind eye on it. How ironic, if you think about the amount of people ignoring hate speech and discrimination online. The Web is not as an anonymous robot space anymore, as it may has been some decades ago. You are dealing with real personalities, bullying real people, spoiling real lives. Even if the first meaning of the three wise monkeys does not suit you, do not let the second become your reality.


Live and Evil may be a palindrome, but that does not mean it should be used in the same context. Stop cyberbullying now by preventing hate, discrimination, prejudices, and evil coming into your life, and the life of others. 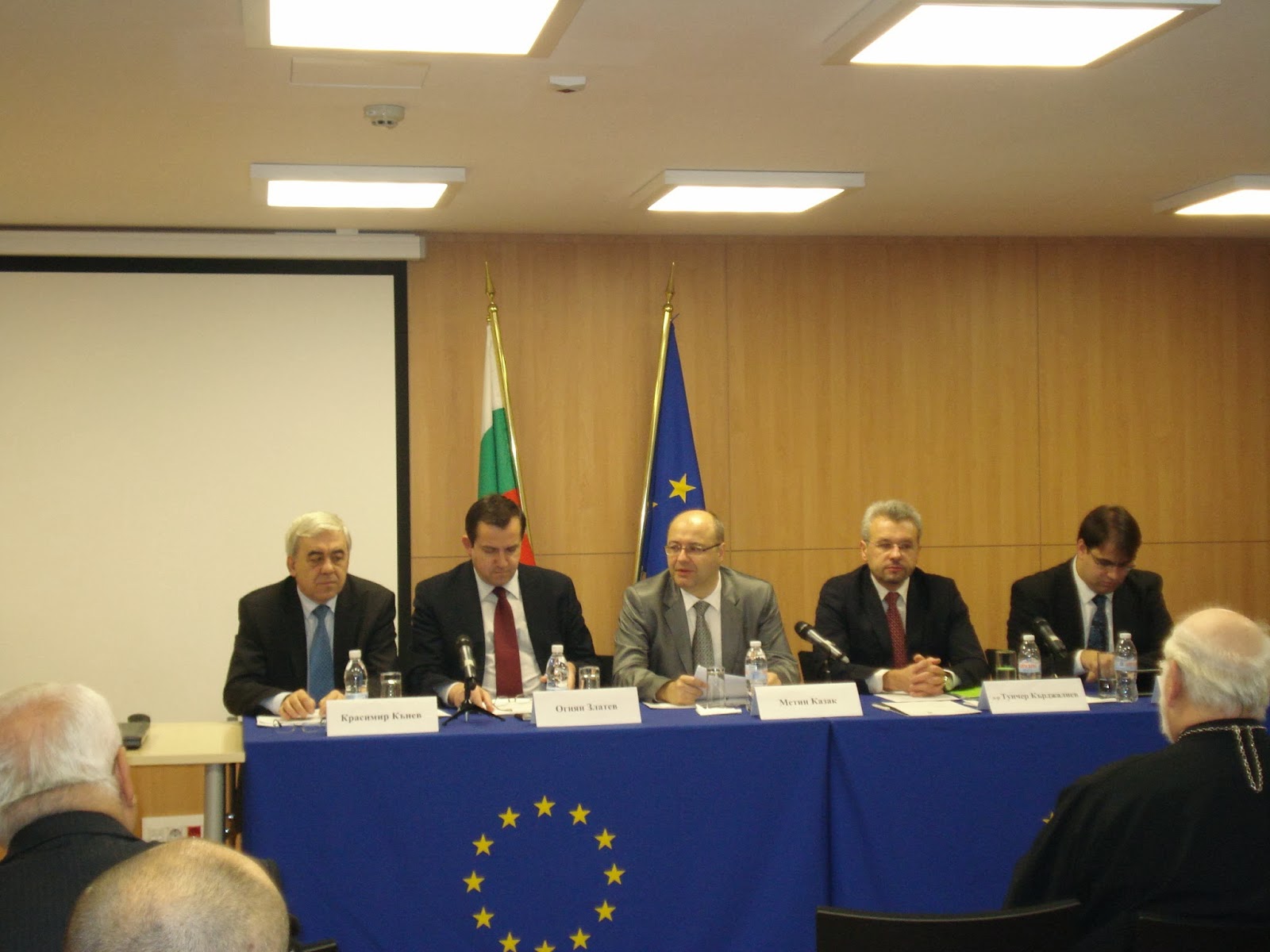 
Conference regarding an increasing manifestations of hate speech, xenophobia and discrimination in the state of Bulgaria was held on the 24th of January at the Information Office of the European Parliament Information Office to the Republic in Bulgaria. Crucial issues concerning a growing negative attitude towards persons of different ethnic origin, refugees, asylum seekers and representatives of ethnic and religious minorities in the country were discussed by Metin Kazak, Member of European parliament, Ognyan Zlatev - Head of the European Commission in Sofia, Tuncher Kardzhaliev – Chairman of the Human Rights, religion, Citizen's complaints and petitions committee of the national Assembly, Krassimir Kanev - Chairman of the Bulgarian Helsinki Committee, Prof. Dimitar Gotchev, former Constitutional Court judge at the European Court of Human Rights and representatives of Jewish, Muslim minorities, as well as Bishop Tikhon - president of the church board of the church ' St. Alexander Nevsky.
The conference was opened with some initial numbers using statistics to illustrate an alarming situation. 64 % of surveyed affirmed that they hear hate speech frequently. Nearly ¼ of surveyed minorities have experienced hate crimes during 2013. 50 % of victims do not report hate crimes to the police. It was emphasized, that unwillingness of political figures and state authorities to speak up against hate speech as often as possible, moreover, and attitude of authorities contribute to these numbers. Remarks made during the conference all amounted to unanimous condemnation of hate speech, discrimination and xenophobia, stressing not only a severe violation of human rights, but also creating a negative image of Bulgaria in international environment.
Notwithstanding the fact that the increase of discrimination especially frequented after the start of Syria crisis, xenophobia is on the rise since the economic crisis. Gradually, immigrants are becoming the ones who are belong blamed for economic crisis too.
Dr. Tuncer Kardjaliev – Head of the Bulgarian Parliamentary Commission on Human Rights and Citizen's Complaints and Petitions pointed out that “Whereas xenophobia in other EU countries is increasing due to economic reasons, in Bulgaria this issue is even more heightened because of  demographical reasons.”
The situation is not improved by media, which fails to properly distinguish between immigrants, illegal immigrants and refugees, thus creating a false impression to the society.
“Our society must realize that those, inciting hatred, and those, committing violent crimes, are linked. “ - Mr. Ognyan Zlatev stressed.
Mr. Krasimir Kanev tackled the topic on more legal approach, saying that combating xenophobia, discrimination and hate speech is a challenge for Bulgarian law. He shared, that so far only two people had been convicted of hate speech – one of them being a person of Roma origin himself. Another was the author of social media page inciting for extermination of Roma.
According to Mr. Kanev, the definition used for hate speech is too vague and too wide. It includes discrimination, and not all discrimination is based on hatred.
Several suggestions were made during the conference that supposedly would improve the quality of outcomes when combating discrimination, xenophobia and hate speech.
The most important tool, said Mr. Ahmed Ahmedov, Chief Secretary of the Grand Mufti of Bulgaria, is to educate the young generation. Moreover, speakers pointed out that EU states must draw their own strategies and agendas, better cooperation between NGOs/authorities/victims is needed. Public figures should speak out against racism and xenophobia to create resistance against it within society.
Bulgaria has to step out of the “convenient” implementation of existing laws and must do better than just apply national and international legislation, thus implying about need of educating the society and awareness raising.

Posted by Anti-discrimination Bagpack at Friday, January 24, 2014 No comments:

Glance to the future, a. k. a. Why volunteering? 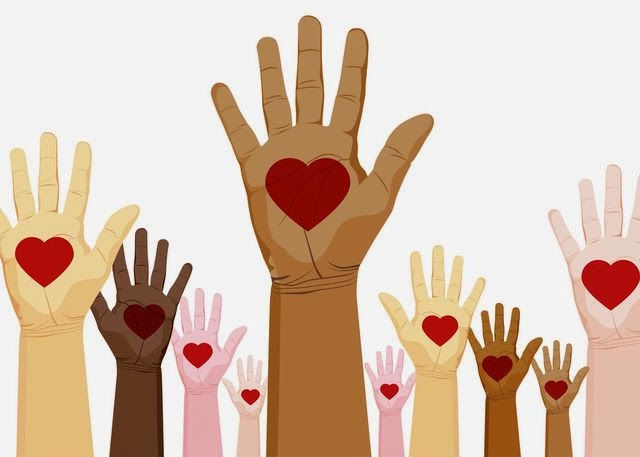 On my first days here in Sofia I was first of all amazed by the quantity of young people from all around the Europe coming to work on Voluntary basis. Before arriving and meeting them all, I have faced this quite skeptical attitude of people from my environment at home country. The attitude of “is this going to be of any benefit for you?” With the departure date approaching I had more and more thoughts and doubts reflecting this attitude of others. However, all of that was dispelled a soon as I saw this incredible variety of young adults ready to devote themselves for voluntary work and at the same time gain this invaluable experience.  All types of people - from recent high school graduates to nearly 30-year-olds with several master’s degrees and solid “normal” working experience.  Therefore, I feel that it is essential to emphasize, why volunteering is a right choice at any point of one’s life and how it is going to be beneficial for you (a.k.a. shut the skepticism):


So catch your opportunity! And the skeptics? Try to make them provide some logical rebuttals for the above-mentioned.
Posted by Anti-discrimination Bagpack at Wednesday, January 15, 2014 No comments: