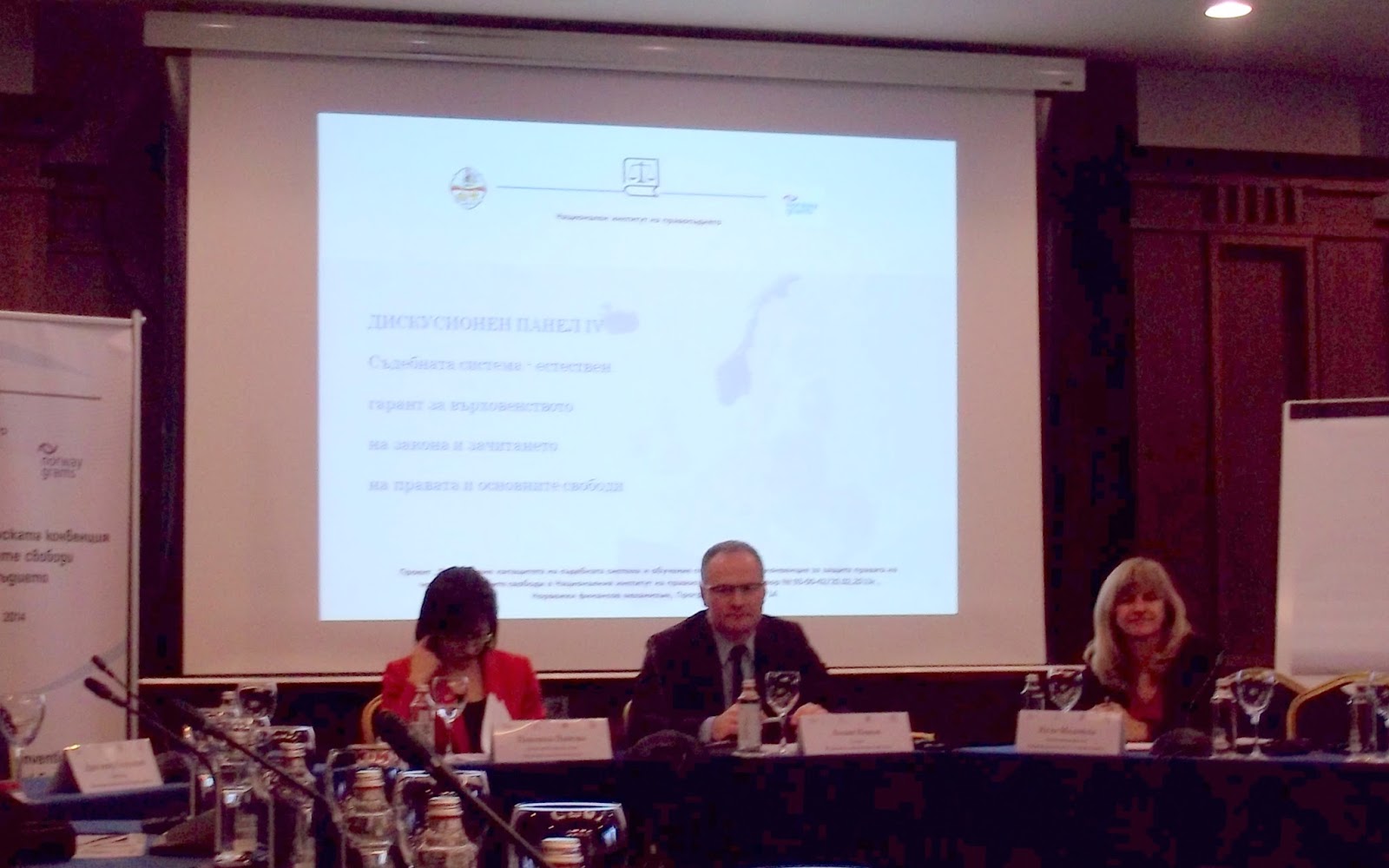 The seminar was part of the 24 months long project financed by Norwegian Financial Mechanism (Norway Grants), which is aimed at increasing the capacity of Bulgarian judicial system in the area of human rights.