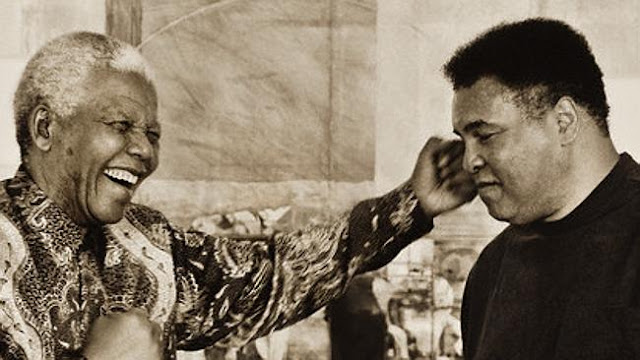 “Sport is part of every man and woman's heritage and its absence can never be compensated for.”
Pierre de Coubertin

Stereotypes and prejudices are everywhere, we are literally surrounded by them. Whether it is on the news or experienced personally, we are able to see episodes of discrimination every day, from the lady who hide her bag when a gypsy enters the bus to the recent news about Syrian refugees trying to reach Europe. Intolerance can be overtaken. People, associations, international organizations, together stand to fight discrimination, and one of the main and effective way to do it is through sport. Without any doubt, sport is an integral part of our society, and this is because people are now aware of the crucial importance and benefits of doing sports for living a healthy life. But sport is also entertainment. Everyday millions of people turn on the TV to watch their favorite matches or just to follow the news about the sport they like.

Sport spreads values. It allows knowledge and helps communication as it’s a non-verbal language. But yet, more often than expected we hear about episodes of intolerance, racism, violence, gender discrimination. People with a different color of the skin or a different religious belief, people that are gay or lesbian or that have disabilities are usually excluded from the game. Racist incidents among spectators of sport events are often reported in the media. Famous is the episode that happened in 2014 during the football match Villareal-Barca where somebody from the stands threw a banana toward the Brazilian player Dani Alves just because of the color of his skin. Fans are usually recorded as the main perpetrators of such incidents; however, racist incidents also take place among players, particularly in amateur sports.

Discrimination stems from the lack of knowledge that we have on who is considered “different”.

In many sports across the European Union, minorities and migrants are not represented enough, particularly in the management positions of sport organizations. The International Olympic Committee, for instance, is composed of 106 members, but only 20 of them are women. In some countries, social exclusion and geographical isolation can lead to low participation levels of Roma and migrants in sport activities. In the European report about “Promoting the social inclusion of Roma” the Bulgarian experts highlighted well the problem when they concluded that “Roma neighborhoods and settlements in general do not offer any opportunities for sport and recreation”, while a Czech expert presented a report showing that “most of the Roma (70%) took part in no sport activities and spent leisure time with “sitting activities” or were completely passive”, however, he pointed out that “the Roma themselves – with the aid of NGOs and also European Social Fund (ESF) projects – organize many activities like sport events, Roma folklore and music group. Nevertheless, all these initiatives do not provide enough opportunities for Roma to access valuable leisure time activities”. 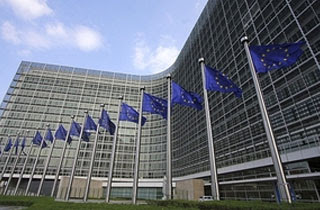 The EU is trying to take advantage of the potential that sport has in conveying human values promoting several initiatives such as the MoveWeek, which will take place the next May, and other projects related to the Erasmus+. The Europen Commission, as stated in the EU White Paper on Sport, believes that “better use can be made of the potential of sport as an instrument for social inclusion in the policies, actions and programmes of the European Union and of Member States. This includes the contribution of sport to job creation and to economic growth and revitalisation, particularly in disadvantaged areas. Non-profit sport activities contributing to social cohesion and social inclusion of vulnerable groups can be considered as social services of general interest”. 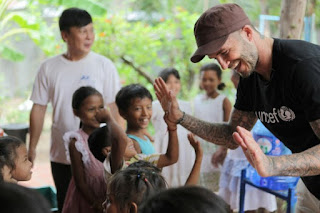 What can we do to fight discrimination in sport? Sport has an incredible potential to convey human values. Therefore, it is not rare that sport events are used to raise awareness about the importance of human rights, like for example the New York City Marathon where people can choose to run for one of the charity partners and help them raise funds to support their missions and services. Especially in the last years, many famous athletes from all around the world have stepped on the first line becoming ambassadors of huge campaigns against all forms of discrimination. David Beckham, the British born football star, is also known for his commitment with UNICEF to help protect children in danger.
Sport involves all citizens regardless of gender, race, age, disability, religious belief, sexual orientation and social or economic background. Therefore all manifestations of racism and xenophobia, which are incompatible with these values must be condemned.