On the occasion of the Bulgarian women’s month we have compiled our favourite enchanting and empowering songs written about and by women for you. Check ‘em out. 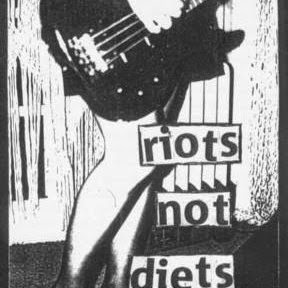 The lyrics deal with the issues of  ideal beauty imposed on women today and self-empowerment. The song and the video depict the effects society's high standards of beauty has, such as eating disorders. Although Beyoncé meets the standardized ideal of beauty herself the song is a critical comment on today’s society, where you can see women’s body’s at every corner, not noticing that they can mostly be considered as variations of one body used over and over again.
link: https://www.youtube.com/watch?v=LXXQLa-5n5w

Great Parody of Lady GaGas famous “Bad Romance” as a tribute to the American suffragist and activist Alice Paul and the generations of women who fought for the passing of the 19th Amendment which allowed women to vote in 1920. (note: although not depicted in the video women of colour were also part of this struggle although they were not always welcome)
listen: https://www.youtube.com/watch?v=IYQhRCs9IHM

With the song title being the last words of Eric Garner the song refers to a black American who died after the police put him in a choke hold on July 17, 2014. This incident was one of the triggers that led to protests all over America against the police mistreatment of people of colour and systemic racism. Although Pussy Riot are usually occupied with feminism, LGTB rights and the opposition of Putin in Russia, they “realized that when it comes to freedom, protests, and the value of a single human life, people from different continents can all speak the same language.” (http://www.theatlantic.com/entertainment/archive/2015/02/what-is-pussy-riot-doing-making-a-video-about-eric-garner/385643/)
listen: https://www.youtube.com/watch?v=dXctA2BqF9A

An energetic and viral hit about positive body images. The sassy lyrics are inspired by Trainer’s own troubles with self-acceptance due to her body size as a teenager. The addictive bassline makes you almost forget that Trainor bases her positive self-image a bit too much on the claim that men find her more attractive.

Timeless call for self-determination and independence which inspired the second wave of feminism in the USA in the 60s.
listen: https://www.youtube.com/watch?v=JDUjeR01wnU

The Guardian, article on the effects of the beauty ideal on women nowadays: read: http://www.theguardian.com/lifeandstyle/2014/oct/14/women-body-image-anxiety-improve-body-confidence