Natasha Maksimova - the first transgender heroine on the cover of Tatler

The history of the coming out divas of the Moscow world


“From tomboy to a cover-girl. Being the first transgender woman on Tatler cover I want to dedicate it to those who fight, to those who love and to those who made their choices or on their way to take a decision. You are all different, you are all beautiful and you are all YOU!” 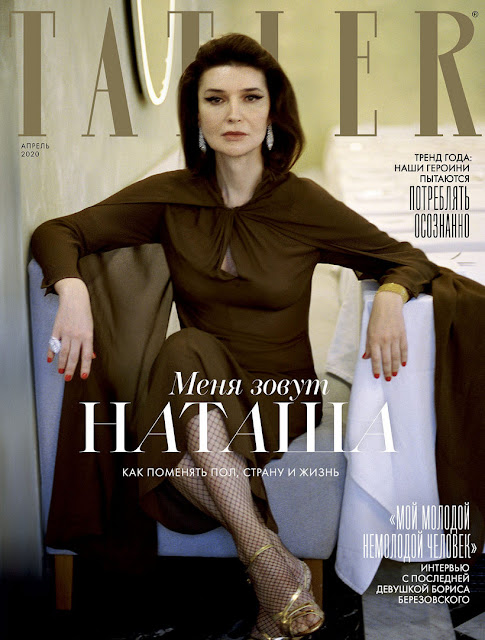 These sentences Natasha wrote on her Instagram account after her picture was published on the cover of one of the most prestigious fashion and lifestyle magazines Tatler. In a country where LGBTQ+ rights is a serious, controversial issue (Russia), the appearance of a transgender woman for the first time on the cover is quite revolutionary and inspiring at the same time.
In the documents of Natasha Maksimova it was not always written "gender - female". In the April issue of Tatler, they published the story of her life not in her body, sex change, and coming out in a country where this word is considered as an offensive word. Natasha came out in the autumn, on her Instagram. She simply wrote: “Hello, my name is Natasha... Once in a children's society, I suddenly faced, wildly perplexed, with the fact that not all children, like adults, were ready to agree that I was Natasha. For them, I was the one who was recorded in official handwriting in the birth certificate. " Black and white photographs from the family album were attached to the post: a handsome little boy with sad eyes of the Little Brother from Karlsson-on-the-Roof, surrounded by loving parents. 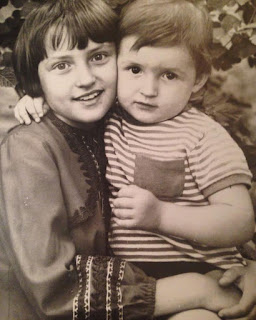 Ksenia Solovieva is describing how this little boy went through a thorny path to the muses of
Russian designers and the goddess of the Sixteenth Arrondissement of Paris. "I don’t remember when I saw her for the first time. Probably, at the Dior show on Red Square in the summer of 2013, when it was still possible to arrange something there other than skating rinks. Natasha came in a black Givenchy Couture dress-net, which only miraculously hide what made Red Square blush. Or maybe I saw her in Paris, in the company of Renata Litvinova - they were friends for many years, and
for a long time only the real goddess can be next to Renata Muratovna. I knew little about Natasha. It
seems like she was born in Kazakhstan, but lives in two cities - Paris and Moscow. Translates
simultaneously from English and French. Dressed in large, fashionable brands. With a brilliant sense of humor. I heard that she helps Leticia Kraye, who in those days was responsible for accessories at Chanel (in Misha Druyan’s phone, Maximova is still recorded as “Natasha Chanel”). Natasha also loved to dance with Vitaliy Kozak and Andrei Artyomov, but she always had the sad eyes of Gene Seeberg. Maksimova never fussed, spoke in a rich, low voice, and seemed Parisian more than all those who were born in the XVI Arrondissement. Against the background of Moscow high society girls, who tortured themselves with a key and started endlessly starting startups, she was a guest from a beautiful era. She could not ask the question: "What do you do for a living?" Those who asked nevertheless heard the answer: “I am Natalia Maximova. It's a full time job."
Then we met when I was making an article about Ilon Stolie, another close friend of Natasha. Ilona then got a bloody divorce and went to work at the Basmanny Court, while Maximova was with her. She even spoke out, proving which Ilona was a caring mother. I suspect the witnesses in the case, swearing on the Chanel jacket, did not see domestic justice before Natasha. And here's what is interesting: it never occurred to me, a person who was inquisitive in duty, to ask too many questions about her. For some reason, it was felt that in her case, curiosity was not comme il faut."
Well, three months ago, a post appeared on her Instagram. “Hello, my name is Natasha ... Once in
children's society, I suddenly faced, wildly perplexed, with the fact that not all children, as well as adults, were ready to agree that I was Natasha. For them, I was the one who was recorded in official
handwriting in the metric. " Black and white photographs from a Soviet-style family album were attached to the post: a handsome little boy with the sad eyes of a little Brother from Karlsson-on-the-Roof, surrounded by loving parents.
Coming out, which brought Maksimova to the cover of Tatler, happened spontaneously. In the highly tolerant city of Antwerp, where the Royal Academy of Fine Arts, Walter van Beirendonck and the
Diamond Exchange, in front of Natasha, several young people began to insult the girl "in the stage of
under-Francoise." And for some reason they turned to Maksimova passing by for approval. Then she
spoke in her Proustian French, which on occasion was colored by some expressions from the vocabulary of Louis-Ferdinand Céline, all that she thinks about this. The youngsters were dumbfounded. The funny thing is that after fifteen minutes they all drank champagne together, told each other life stories and were surprised at how different the faces of the world are and not only them.
“I never had a need for a coming out,” Maksimova now tells me. - You know, I just realized at that
moment that I had no right not to protect others. I have no right to remain silent.
Natasha has also described her feelings and thoughts after her picture was published in the following post on Instagram:
"Wake up famous. No, I never dreamed about that. Although, perhaps, I dissemble, I dreamed from time to time. But never aspired to this. It so happened that I was always surrounded by unique and, in the literal sense, famous people, and, with all the colorfulness of their lives, which was broadcast from the covers of magazines, I realized that this is the very reverse side of the coin, which can be dramatic. , and severe that the price of success is great. Therefore, I absolutely fearlessly chose my path in the shade, and was happy about the achievements of others. On Wednesday, Tatler Russia made it so that at exactly 7:45 in the morning I woke up (literally) well-known. The first two days I did not understand what was happening. The phone was literally hot. And I wanted to read every message, answer each of you. Several days have passed, and I'm trying to read everything that was written to me personally or in other posts.
It’s too early for me to draw conclusions about what will happen next. Many people wonder - what is the heroism of Natalia Maximova? I will answer - I'm not a hero, at all. I did not invent a vaccine, I did not save the world ... But around me there are heroes, those who let me tell my story openly. And after reading dozens of reports that this publication has become for many a source of love and hope - I realized - I never dreamed of waking up famous. I dreamed of waking up to someone I needed. Dreams Come True! And this is the main point."