THE CHILDREN BEHIND THE CIGARRETTES

It is common knowledge that smoking causes health problems, but it is not often talked about how the production of tobacco affects health. The tobacco industry is a global multi-billion-dollar business and it is mainly dominated by large international cigarette companies. Tobacco is produced all over the world and for production costs to be as low as possible, many companies buy tobacco from less regulated countries. Which can jeopardize the security of both adults and children working in the field.

Human Rights Watch conducted a study where they interviewed children working in tobacco farms in Zimbabwe. According to the study the children were exposed to significant risks to their health and safety, which other research in the United States and Kazakhstan also showed.

Children in the tobacco fields in Zimbabwe were shown to be exposed to nicotine and toxic pesticides. Some children mixed, handled or applied pesticides directly while others were exposed by being near the pesticides. The children interviewed described symptoms of acute nicotine poisoning and exposure to pesticides. Being exposed to pesticides can have many long-term and chronic health consequences. These can for example be respiratory problems, cancer, depression, neurological deficits and reproductive problems. In addition, children are more likely to get nicotine poisoning because they cannot develop nicotine tolerance in the same way that adults can. 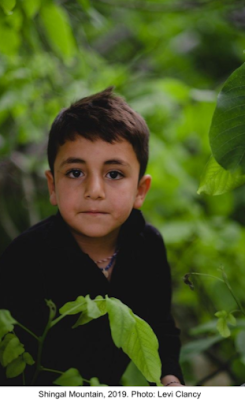 The United States is a big producer of tobacco and each year, the United States Department of Labour publishes a list of goods produced by child or forced labour. In 2020, the list contained 17 tobacco-growing countries that used child labour. However, the US was not included despite reports of child labour in US tobacco fields.

Altria, the parent company of Philip Morris USA, stated that they are prohibited from hiring children under 16 years and that hazardous duties only can be assigned to those over 18 years old. But on the other hand, a field worker who has worked since the age of 15, said that there are a lot of children as young as 14 years old working. Further, the company stated that they reviewed all tobacco growers every three years and that they only found one case of child labour in 2017.

Kazakhstan is a large agricultural country and in 2006, about 60% of the country’s tobacco workforce was thought to be children, but there is no exact or updated number to confirm this. However, in 2009 a study found several cases of child labour on one of the big cigarette companies farms. The labour Code of Kazakhstan forbids the employment of children under 18 years in hazardous conditions. Moreover, the US Department of Labour declared in 2014, that Kazakhstan made minimal efforts to eliminate the worst forms of child labour, which can be found in the tobacco farms.

The tobacco industry has many flaws when it comes to human rights. But, there are conventions that are aimed to improve and ensure the field worker’s labour conditions. One of them being the United Nations Convention on the Rights of a Child. This is one of the most ratified human rights conventions. CRC states that a child is defined as one under 18 years old, and in article 32 it is stated that:

States Parties recognize the right of the child to be protected from economic exploitation and from performing any work that is likely to be hazardous or to interfere with the child's education, or to be harmful to the child's health or physical, mental, spiritual, moral or social development. (United Nations Convention on the Rights of the Child, 1989)

International Labour Organization’s Worst Forms of Child Labour Convention (C-182) prohibits children under the age of 18 from performing hazardous work that could be harmful to their health, safety or morals. On the other hand, it is up to each country to define what “hazardous work” is. ILO’s Safety and Health in Agriculture Convention (C-184) provides a series of guidelines to protect agricultural workers and directs countries to develop national policies. There are only 16 countries that have ratified this convention. Article 16 specifically addresses young workers and hazardous work:

The minimum age for assignment to work in agriculture which by its nature or the circumstances in which it is carried out is likely to harm the safety and health of young persons shall not be less than 18 years. (C184 - Safety and Health in Agriculture Convention, 2001)

When looking at child labour on tobacco farms from a human rights perspective, it is clear that children's rights are being violated. The companies make a profit by exploiting the children while the families and society have to endure the consequences of bad health and missed education. Tobacco production today is a risk for the workers but children are especially vulnerable. It is against international law for children to work in these conditions. Child labour in tobacco production is a global problem that needs to be solved from a human rights perspective.

October 09, 2020
A firefigther works to put out fires along the road to Jacunda National Forest, near the city of Porto Velho in Brazil's Amazon. (Source: www.euronews.com/reuters)
Post a Comment
Read more