A win for Human Rights and for the Sudanese women 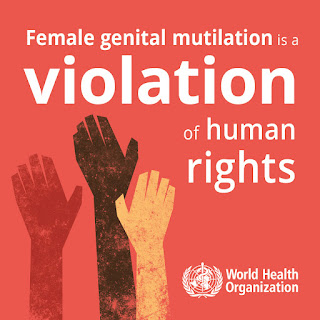 After the fall of Omar al-Bashir's dictatorial regime in April, 2020, Sudan will pass a law that criminalizes FGM, as a new step in the transition from the old regime to democracy. The legislative proposal was approved by the sudanese government on April 22, 2020, and implements prison penalties up to 3 years, in addition to the withdrawal of medical licence where the operation is performed, and even though this is one of the many achievements that must be celebrated regarding such an issue, the struggle for the Human Rights of all these women and the end of this practice does not have immediate results, as it's deep rooted on the culture and the regime itself must continue to create measures to stop it altogether, and even if it is a step forward that FGM is seen, now, as a crime, it raises other problems. 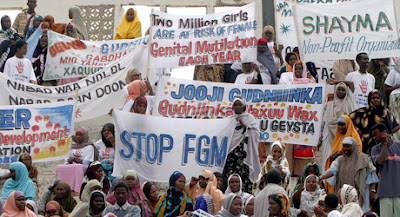 Clandestinity is one of the reasons that lead some organizations to view this measure with concern. Faiza Mohamed, regional director of Equality Now in Africa, explained that as this is a very common practice in Sudan, "it can face challenges in law enforcement". "People who still believe in the practice may not report cases or act to prevent it when they now it is happening", she added. However, this measure is "a victory for Sudanese women", as Nahed Gabralá, head of a non-governmental organization that protects women and children in Sudan, puts it. It's a step forward on behalf of the sudanese government to achieve democracy and equality, in order to preserve the Human Rights of their population. But, there is still a long way to go, because, among others, marital rape and marriage of children - directly related to FGM - are not yet considered crimes in the country.

But, what is FGM?

The female genital mutilation, also known as female circumcision, it's the ritualistic removal of part or all of the female external sexual organs. Generally perfomed by a cutting blade, with or without anesthesia, FGM is concentrated in 27 African countries, Indonesia, Yemen and Iraqi Kurdistan, and is also practiced in several other localtions in Asia, in the Middle East and expatriate communities around the world. The age at which it is perfomed varies between a few days after birth and puberty. In half of the countries with available data, most young women are mutilated before the age of five years old. This happens because, in some cultures, FGM is seen as a necessary part of raising a girl, being an important part to guarantee marriage; it is believed that by doing so, girls will remain virgins and have marital fidelity, because this act reduces a woman's libido which will "help her" resist extramarital sexual acts. Being associated with cultural ideals of femininity and modesty, making the girls who have been through the female genital mutilation intervention seen as clean and beautiful, it's also a matter of honor, and women who haven't done it are seen as impure and face social exclusion. More than 130 million women and children have gone under this procedure. 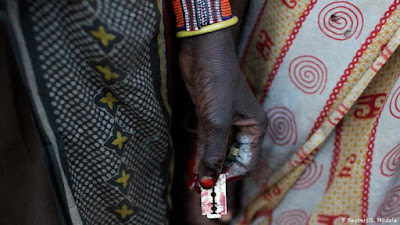 It is known that female genital mutilation has no health benefits, since it involves removing and damaging healthy and normal female genital tissue - this will interfere with the natural functions of girls' and women's bodies. Not only causes severe pain, infections, urinary problems, just to list a few, and, in a lot of cases, may result in death, it also has long-term complications such as menstrual problems, sexual problems, psychological problems and even increase risk of childbrith complications, sometimes resulting on the newborn's' death.


In December 1993, the United Nations General Assembly included FGM in resolution 48/104, the Declaration of the Elimination of Violence Against Women and since 1997, through research, changes in public policy and work within communities, progress has been made at international, national and sub-national levels by spreading awareness about the issue, making the international involvement to stop FGM wider, by revising legal frameworks and growing political support to end it - this includes a law against female genital mutilation in 26 countries in Africa and Middle East, as well as in 33 other countries with migrant populations from FGM practicing countries. In 2008, the World Health Assembly passed resolution WHA61.16 on the elimination of FGM.

The International Day of Zero Tolerance for Female Genital Mutilation is held every 6 of February. There's also a german biographical film "Desert Flower" (2009) that follows the journey of Waris Dirie from a nomadic pastoralist background in Somalia to a new life and career in the West as a fashion model and activist against female genital mutilation.