Step into another person's shoes through art 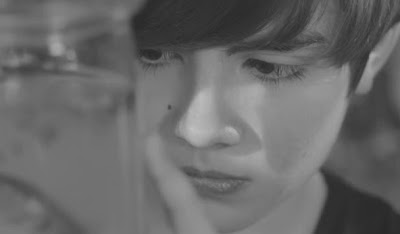 Just going through the webpages accidentally I have found a short movie that has been stuck in my head for a few days now. The first impression about it was – beautiful and sensitive. But it has a way deeper meaning behind it.

The short movie has been shot by Lisa Gunning for the Goldfrapp song Anabel. The idea for the video was inspired by Kathleen Winter's 2010 novel named the same “Anabel'' which follows a hermaphrodite child who is forced into taking on a male identity in 1960s Canada. The short movie introduction starts with a sentence: Tales of us. It sensitively illustrates how a young boy explores his gender identity. As the author of the song Alison Goldfrapp said: "It’s very much about memory, identity and gender. I’ve always been fascinated by dual creatures, personas, people, personalities and transformation. I think it’s a theme that’s pretty much always in fairy tales and horror, which I love. What struck me about Annabel is that the parents are in total denial of what their child is: this child has to choose in the end, and that’s what society is making him do. Why can't you be both? I feel really strongly about that whole concept in so many things in life. All the characters in these songs are trying to figure out who they are, where they're going, and why they are who they are."

It made me think that we all want to live without society’s judgment. But to be sincere we all sometimes judge others but usually because we don't understand why someone acts as he acts. In order to understand somebody all we need is sometimes to step in someone else’s shoes just to see how that other person feels. Art allows us to do it really easily: just by watching a movie, film, documentary. Just by clicking the link you can see and experience the denial of the parents and the boy’s journey through his gender identity search. All this is wrapped in the emotional electronic track of Goldfrapp which blends together perfectly. Well done Goldfrapp and Gunning. Breathtaking!